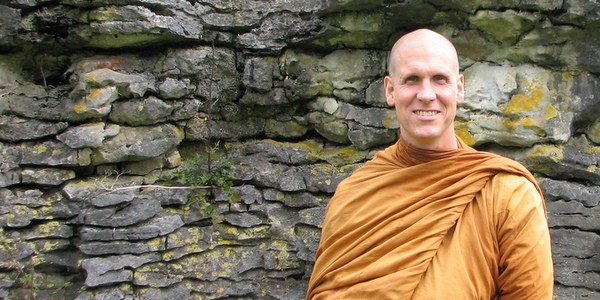 Ajahn Chandako is currently abbot of the Vimutti Monastery in New Zealand. In 1990 Ajahn was ordained as a Buddhist monk in the lineage of Venerable Ajahn Chah of the Thai Forest Tradition. Ajahn Chandako practiced intensive meditation in various monasteries in Thailand and traveled in Tibet, Nepal, and India. Ajahn Chandako settled in Northeast Thailand at the International Forest Monasterythat was established by Ajahn Chah for English speaking disciples. He has translated many of the teachings he received from Thai into English and is the author of numerous books and articles.

Ajahn Sudanto will be joining him and will be present to begin the meditation while we wait for Ajahn Chandako to arrive a bit later (due to a late flight arrival time). The two Ajahn’s will then head over to the Pacific Hermitage where you can partake in meal offerings and Dhamma discussions on Saturday or Sunday, June 13th and 14th.

You can listen to Dhamma Reflections by Ajahn Chandako by visiting this website.

All in the Family